History of the origin of the Brian May Super guitar:

The Brian May Super guitar (Japanese made version) was developed in 2007-08 and was a joint development designwise and technically between myself in Australia and Kazutaka Ijuin in Japan.

After the release of the guitar, in 2008 Mike Ryde, Mark Reynolds, Kazutaka Ijuin and I put together this ‘Brian May Super’ guitar information article pdf: Mike Ryde BM Super GF Quest 2008

The Brian May Super guitars were manufactured by Kazutaka Ijuin in Japan between 2008 and 2010 and were sold worldwide by Brian May Guitars/House Music (headed by Barry Moorhouse) which is based in London, and the guitars were also available in Japan from Kz Guitar Works.

Discussion began by email between Brian May and myself in late 2006/early 2007 where I put to Brian the idea of a ‘mid-priced mass produced good quality Brian May guitar’ to be made in Japan by Japanese luthier Kazutaka Ijuin who I had known for several years. Brian liked my idea and we decided to act on it. Soon after in March 2007 I visited Brian in London and arranged with Mark Reynolds to borrow a ‘Kz Junior’ Red Special copy guitar made Kazutaka Ijuin to show Brian and Pete Malandrone. The Kz Junior guitar I believed would be the level of quality that the project would be based on.

At Brian’s Allerton Hill studio we then conducted a ’round table’ discussion regarding the ‘mid priced’ BM guitar. Present were Brian, Pete, myself, Barry Gibson (from Burns London), Barry Moorhouse (from BMG London), and Adrian Turner (from Adeson pickups who made the most authentic sounding Burns Trisonic vintage style pickups, and who up to that point was a business rival of Burns London who were the ‘Burns Trisonic’ trademark holders).

After plenty of discussion all parties found a way to work together on this new Brian May guitar project. The talks were also very positive in beginning a new understanding and business relationship between Barry Gibson and Adrian Turner which resulted in them working together on various Burns Trisonic pickup manufacturing projects.

Soon after both Barry Moorhouse and Kazutaka Ijuin flew to Australia to meet with myself and to start the BM Super project rolling. The photos below were taken at my Sydney workshop at that time.

During the time that I was preparing samples of the headstock artwork with Lara Allport here in Sydney, Brian and I discussed what name the new guitar should have. We tossed many potential names back and forth by email, until Brian coined the name ‘Super’ which he liked best. BM Super it was and Brian also told me that he liked the name’s connection with Japan.

Below are some of the photos and artwork from that time in 2007-08 during the beginnings of the Brian May Super guitar and a recent photo of Brian using the Super  from Starmus in June 2019. I hope later to be able to post up more photos from my collection. 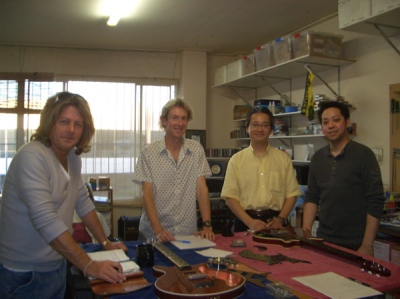 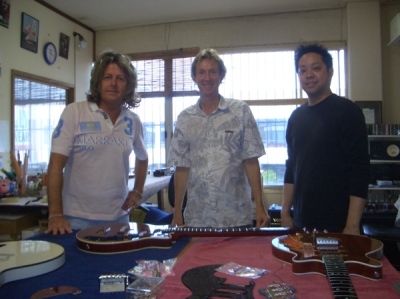 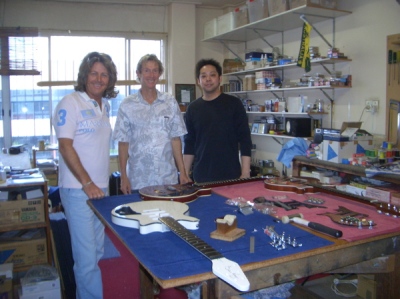 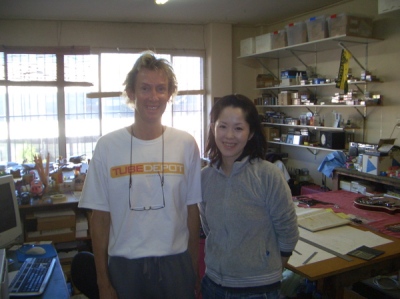 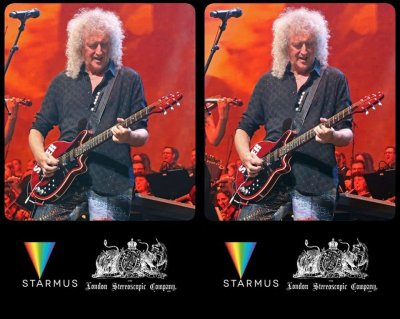 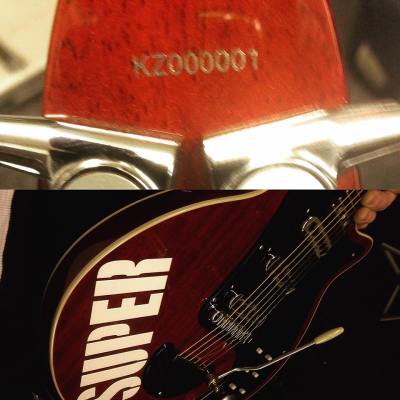 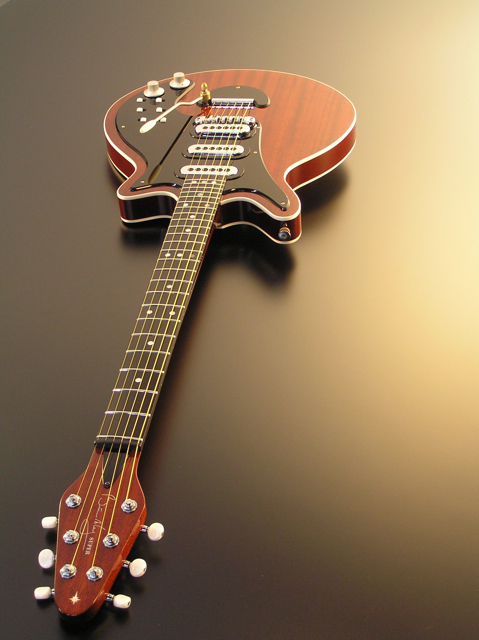 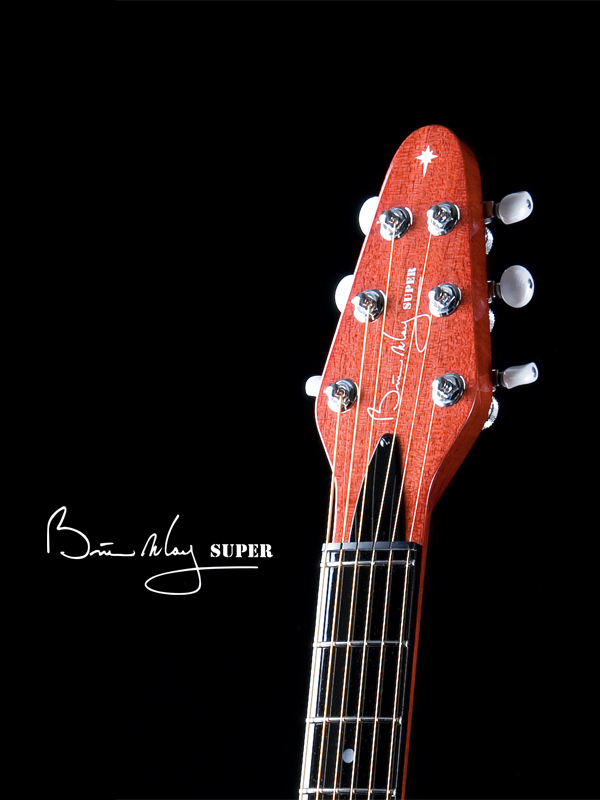 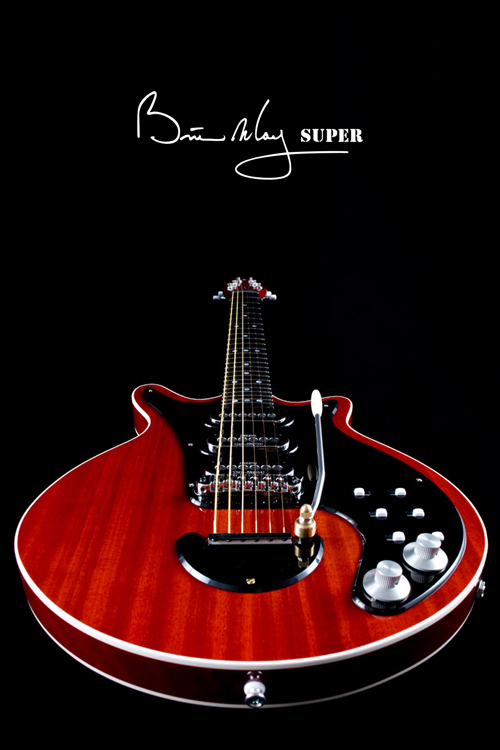 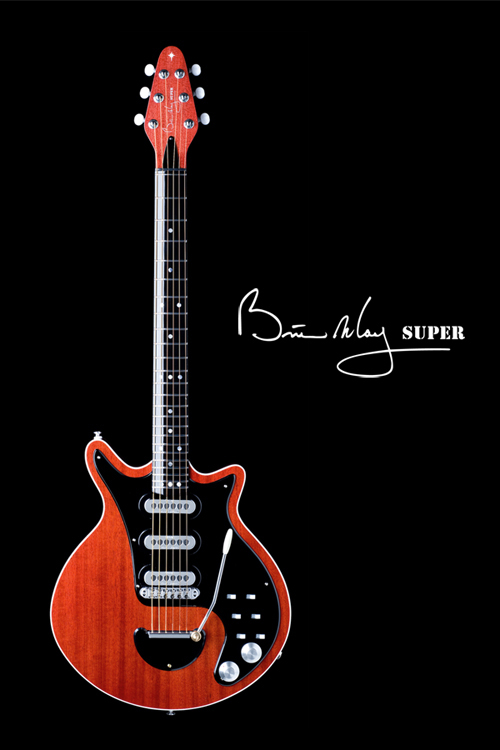 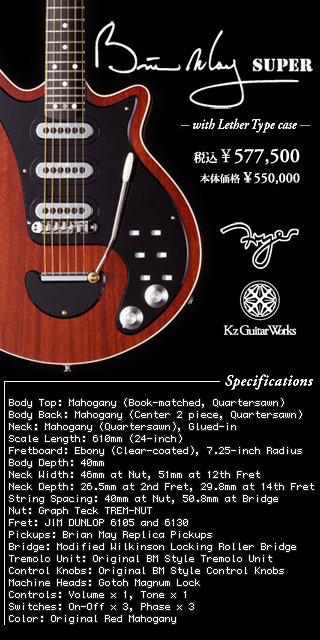 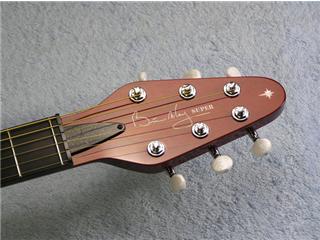 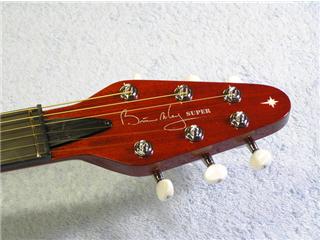 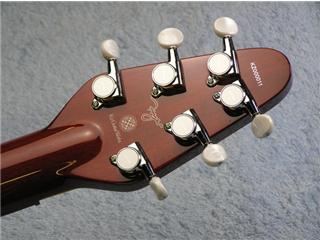 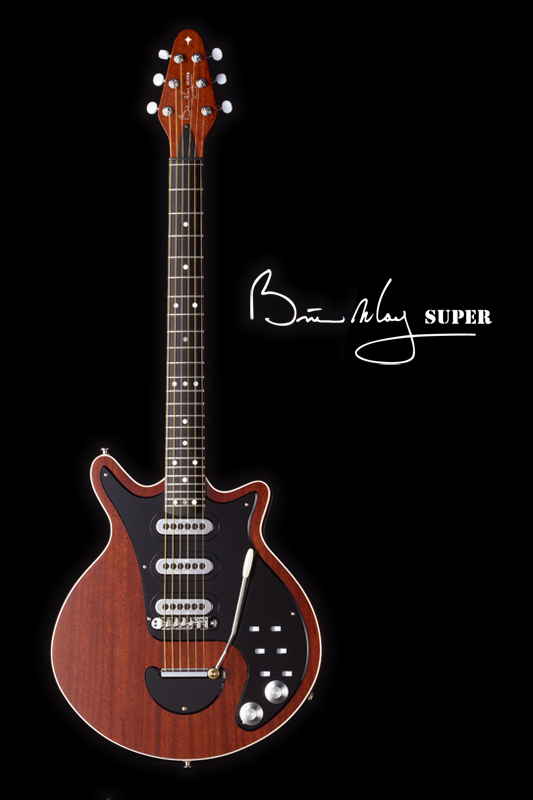 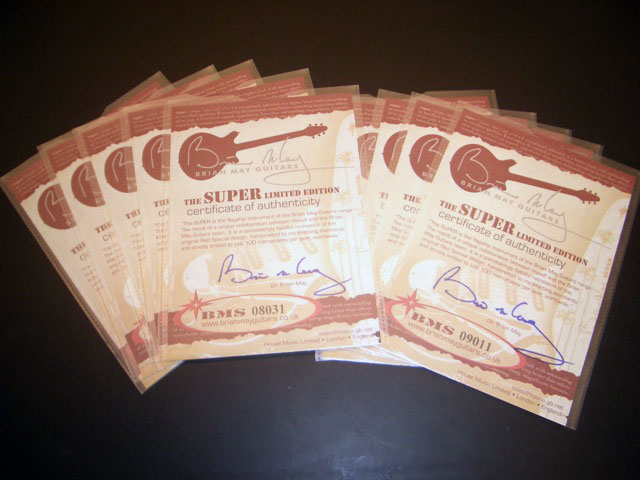 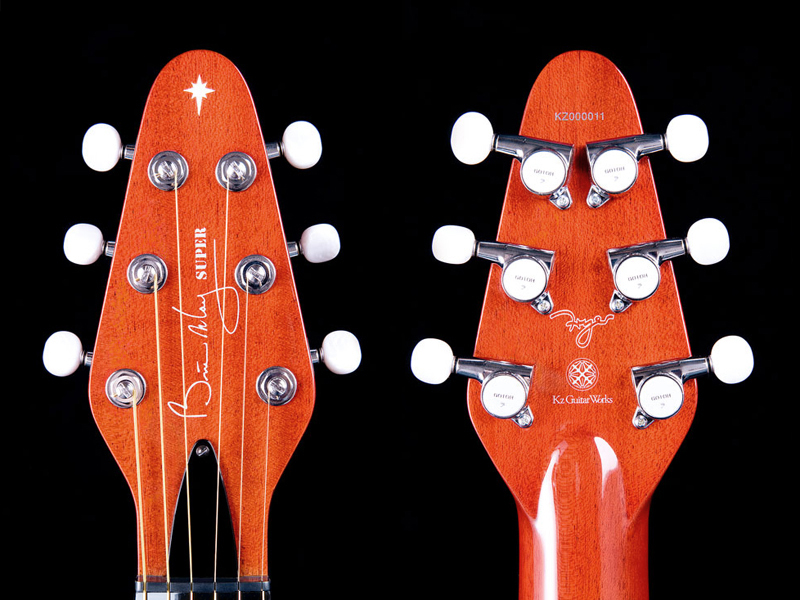