In 2011 I designed a new version of my Brian May AC30, the tagstrips and power/preamp sections were designed to fit into the JMI styled chassis of the Chinese made AC30BM amp. The amp also included a new master volume control which was different to the Matchless style ‘summing drive lines’ master volume control that I had been using from 2003-2010 on my We Will Rock You production AC30s and also on Brian May’s own AC30s.

I used this style of ‘post phase splitter Master Volume’ for the first time, but it was one that I never tested in my own amps myself due to time restrictions. This ‘post phase splitter Master Volume Control’  seemed to offer something good theoretically compared to the Matchless-style ‘summing drive lines’ Master Volume circuit which Martin Kell had told me placed extra stress on the phase splitter 12AX7 valve and led to it wearing out prematurely before the other 12AX7 preamp valves. The Australian WWRY guitarists James Barber and Simon Croft told me they found a good use for that particular Master Volume control, but Brian always had it switched out of circuit in his amps, which I fully expected him to do.

The first amp was built for Kazutaka Ijuin from Kz Guitar Works in Japan. As with my other WWRY and Brian May handmade AC30s, the whole amp was built from scratch by myself and retained just the metal amp head chassis and speaker cabinet from the original amp. Martin Kell’s and Paul Voller’s custom handmade Australian transformers were used again same as with the WWRY and BM amps from 2003-2010, this time the mains transformer was wound by Martin for the Japanese 100V AC mains power.

Schematics of the 2011 rebuilt amp: 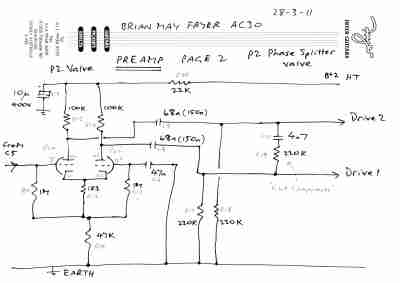 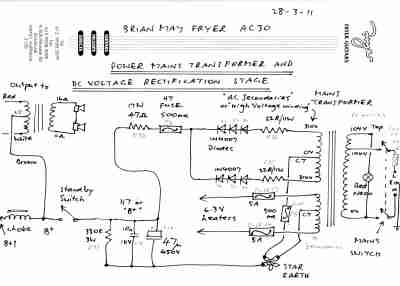 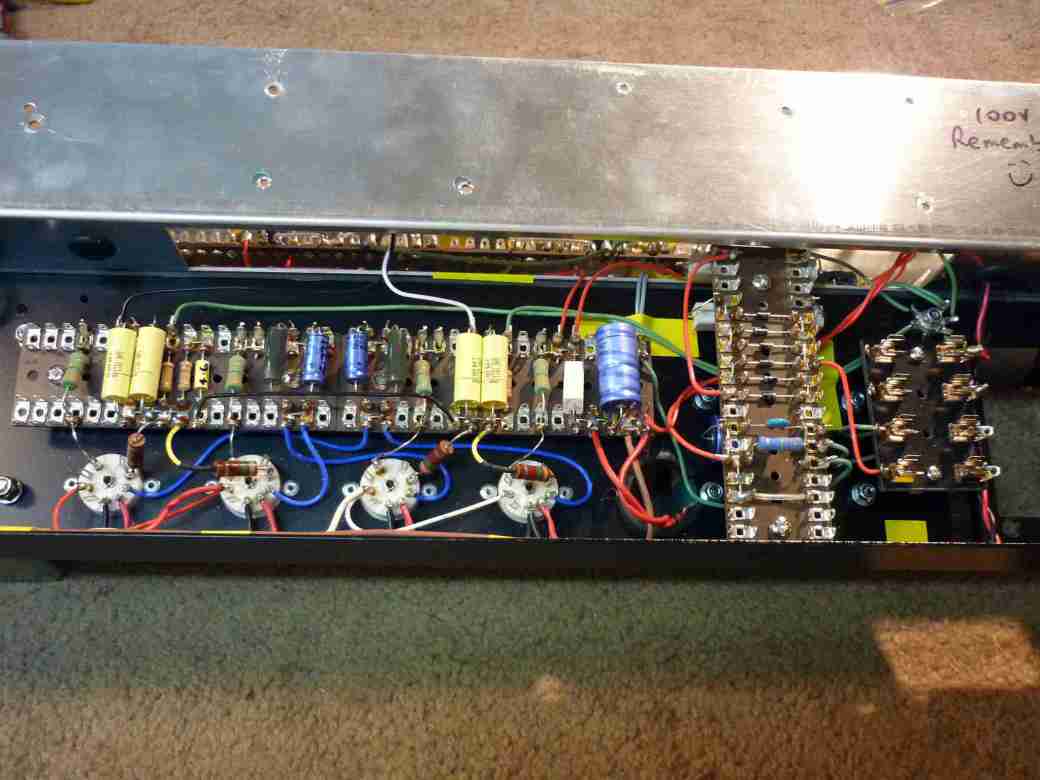 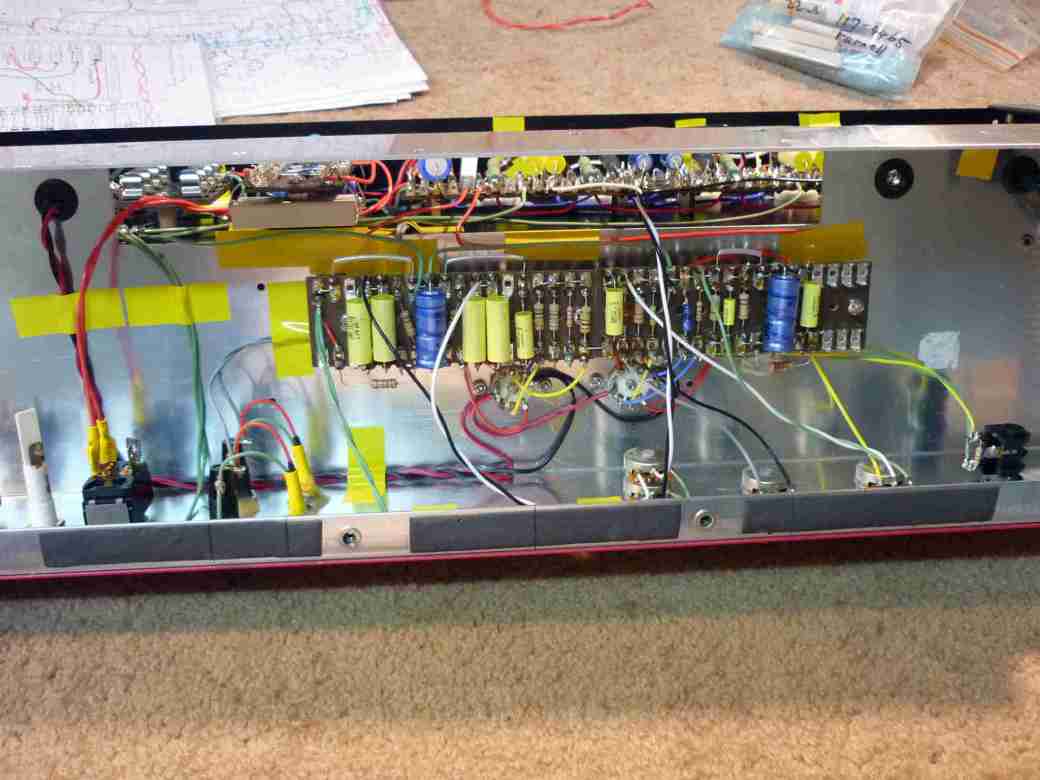 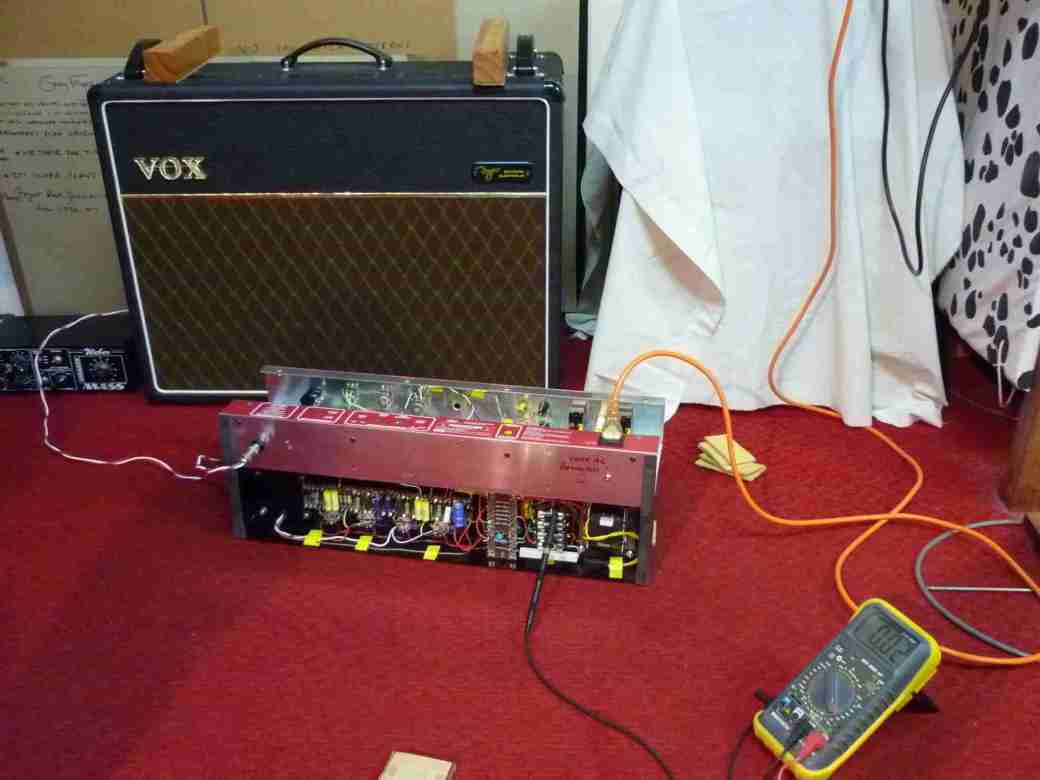 The extra hole on the top section was for a mod that Kazutaka was considering adding later. Each push-pull pair of EL84 valves have their own fuse and LED indicator same as per my WWRY and Brian May AC30s.

If an EL84 blows up and trips the fuse (which usually happens when its screen grid starts to fail and begins to pull steadily increasing amounts of current through its 330 ohm/3watt metal oxide screen grid resistor), that push-pull pair is disconnected and its LED lights up. The amp will still continue to work as usual and will sound pretty much the same even on just one push-pull pair of EL84s. Two WWRY guitarists told me a few years ago that they played a couple of shows just on one push-pull pair of EL84s in their amp and didn’t notice that the red LED was showing on the top panel. Both told me that they didn’t notice much difference in the sound until they saw the red LED and later replaced that pair of EL84s. Both players said that the amp sound was a little fuller with all 4 EL84s working properly but were surprised at how good the amp sounded on one pair of EL84s.

This function was designed with the We Will Rock You theatrical shows in mind because of their obvious need to get through the show regardless. The EL84 fusing began based on ideas from Kevin O’Connor and Dave Peach. 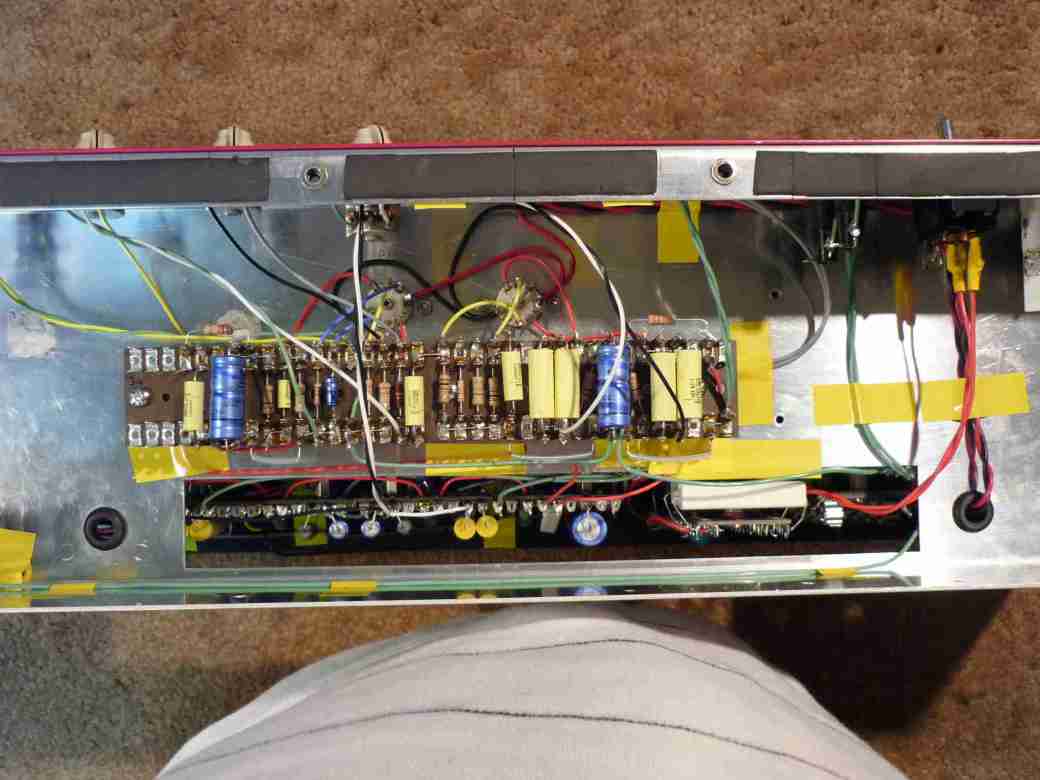 AC30BM view from rear of preamp and power amp underneath 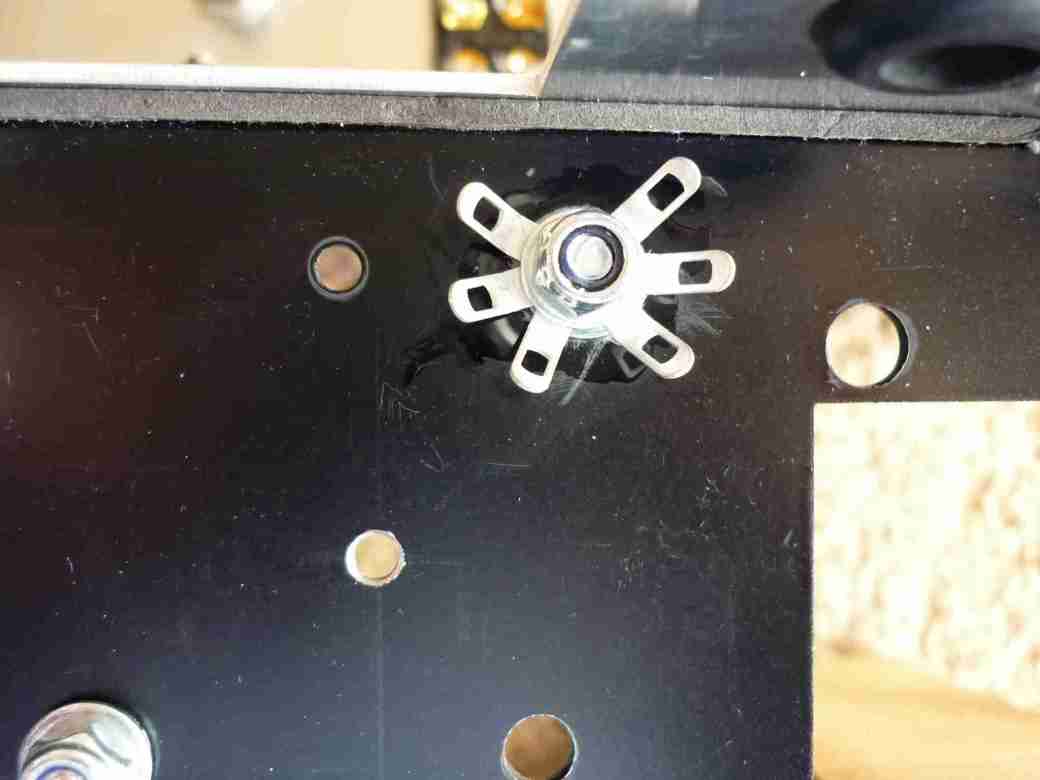 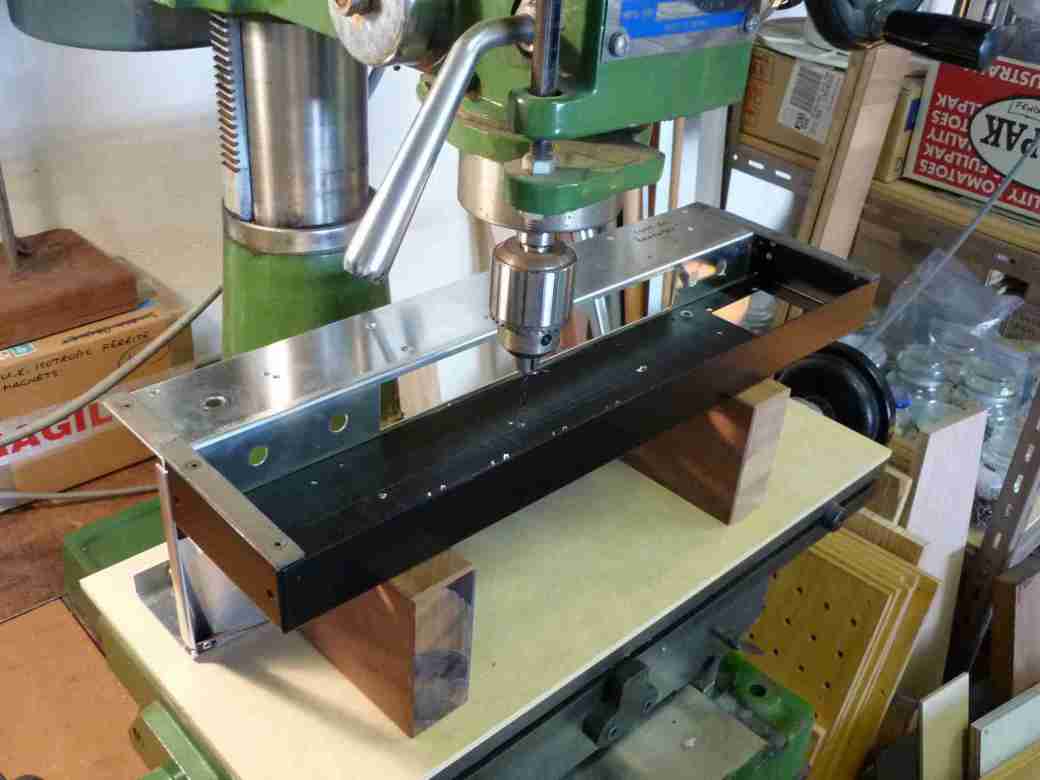